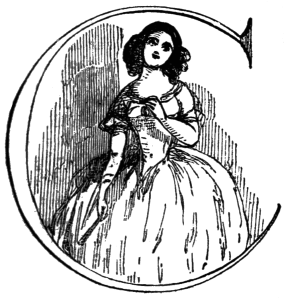 Reading William Makepeace Thackeray’s Vanity Fair was, let it be said, a complete pain in the ass. I have never loved longer fiction, but I have always had the aspiration to persevere, rather like a mountain climber who hates the exertion but loves sending the selfies from the summit.

In 10th grade, I whined to my English teacher, Mrs. Smith, that Charles Dickens had folded long sentences into longer chapters of his excruciatingly long books because newspapers paid him by the word. It took me years to enjoy Dickens not in spite of, but because of his pointillism.

Thackeray isn’t nearly as entertaining. Truth to tell, I gave up halfway through, impatient with unending descriptions of the Regency’s social rounds, and the vicissitudes of status and gender and wealth. That was about two years ago. I finally picked the book up again this year, just because I can’t stand seeing a perpetually half-finished book laughing at me from my reading table.

James’s “obsession” with the novels of Thackeray, particularly Vanity Fair, was a decisive part of this developing awareness, and it fed directly into his close observations of the personality in society. He absorbed, too, what may inadequately be called the politics of Thackeray, that sharp satire by which the novelist exposed the petty pretensions and frustrated ambition of middle-class British society. But, more than anything else, James recognised early that literature offered him a vision of society, a unique glimpse of the human forces and struggles which animated history.

Thackeray’s work reminds me of every soap opera satire I’ve seen, most recently “Jane the Virgin,” whose winking narrator barely conceals his own prurience when he asks that we avert our eyes from the betrayals and jealousies that bubble up between commercials. Thackeray also reminded me of Denis Diderot’s narrator in Jacques the Fatalist. Thackeray is less intrusive than Diderot, giving us time to invest in the story before reminding us that it’s all puppetry.

A couple of months ago, C. was immersed in War and Peace, his new year’s project. One thing that struck him was the centrality of inheritance to the story. In fact, he said, great expectations are the backdrop to much, maybe most 19th century fiction. Vanity Fair is obvious example: every little act revolves around inheritance, disinheritance, and expecations both great and disappointed. Regency Britain, in Thackeray’s view, rewards calculation, chicanery,  and vigorous social climbing. Meanwhile, its social rules often condemn the honorable and virtuous to humiliation and ostracism.

Thackeray channels his satire through two central characters, Amelia and Becky. Becky, of course, is a vamp. But Thackeray does not depict Amelia warmly either; in fact, it’s harder to like the self-martyring Amelia than her witty frenemy. Thackeray is fascinated by the constraints and threats women have to navigate among more powerful men who may marry them or not, may gamble or drink away their security,  and may find other women so much more engaging.

Thackeray curls his lip at finely wrought moralism: he treats Amelia’s condemnation of her admirer Dobbin, near the novel’s end, as vanity in another guise. What Thackeray does value is stoic independence of action. Vanity Fair has no hero until, with just 30 pages to go, Dobbin – finally – severs his avuncular relationship with Amelia, a woman who has for eighteen years been delusionally devoted to the memory of her late husband, a man who’d fully intended, the day of his death, to toss Amelia aside and run off with Becky.

In the last chapters, Becky and Dobbin and Amelia tour western and central Europe in an almost obsessed effort to avoid obvious truths about themselves. Glad I stuck around to play voyeur as they maniacally danced toward the cliff-edge.