Since last summer, I’ve been reading Alphabet, a collection from the late Danish poet Inger Christensen, alongside Alexander Theroux’s The Primary Colors (not to be confused Joe Klein’s roman à clef on Bill Clinton’s 1992 campaign).

Reading several books at the same time is my habit. Unread books roost together on shelves and side tables adjacent to a century-old rocking chair, the chair I’ve occupied most evenings since I was four or five.

Sometimes, my half-read books seem to talk to each other. Though very different in style, tone, and topic,  Alphabet and Primary Colors very much resonate with one another. Both make extravagant use of the oldest writerly cons: repetition and recursion. Doing so, they turn prose into lyric – elegiac in Christensen’s case; extravagant in Theroux’s . 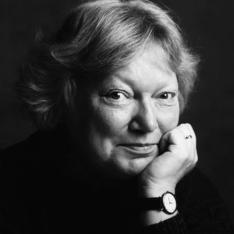 Inger Christensen’s published her sixteen-part Alphabet in 1981, just as anti-nuclear protests crested across Scandinavia. Danes were particularly active in these movements. 50,000 of them – an enormous number of such a small country – had joined anti-nuke demonstrations just three years before.  Alphabet both reflects and transcends that moment. At its core, it is a political poem, weighed down with the heavy ballast of the atomic blasts in Hiroshima and Nagasaki and the far more powerful thermonuclear tests at Bikini and Novaya Zemlya.

Christensen’s recurring invocation – they exist – rings throughout the cycle like one of Poe’s brazen terror bells. From the poem’s first moment, this phrase insists that there’s no  metaphor or allusion here. Alphabet is an index, and index of losses to come.

Each successive section, moving through the alphabet from A to N, is gently alliterative. Each section is also longer than the one that came before, the number of lines determined by the Fibonacci sequence, in which each number after 1 is the sum of the two previous numbers (xn = xn-1 + xn-2). Thus there is one line in the first section (A), three in the third (C), then five, eight, thirteen, and so forth. This pattern of growth and enlargement is nature’s aesthetic, an algorithm describing a nautilus shell’s enlarging chambers, a rose’s pattern of petals, and much else that we consider beautiful. Here are two excerpts, from the letters C and D:

However, the Fibonacci sequence presents Christensen with a nearly intractable challenge. Though the algorithm’s integers start small, they grow rapidly. Had Christensen gotten to “Z,” her last section alone would have comprised 121,393 lines, more than eight times the length of The Iliad. Taken together, the poem’s twenty-six sections would have been the longest ever written, even more massive than the Mahabharata.

Thus Christensen stopped at “N.” To be clear: the poem is not “incomplete.” To the contrary, the last section’s more than 600 lines suggest the earth’s colossal plenitude. A curious reader, who has simply let the poem unfold, will ask how many lines subsequent sections would require. The staggering answer forces the imagination to conjure a catalog of existence so lush that no reader or writer could possibly encompass it.

There’s something here of Borges’ “Universal Library:” everything that can exist, does. Another comparison comes to mind John Hersey’s 1945 essay on Hiroshima for The New Yorker. Hersey reported, without embellishment or judgment, the experience of atomic blast survivors. Though he focuses on just six people, their memories suggest an infinitude of human suffering. For both Hersey as for Christensen meticulous attention to detail makes the unimaginable real.

That, of course, is the point. Everything Inger Christensen’s great poem lists actually exists. And everything else – too numerous for any poem or museum to contain – all of that exists, too. And all of it could be destroyed. Paper is combustible: even the lists themselves can vanish. Continued existence – of the book, of the writer, of the reader, of the world – is not a given. 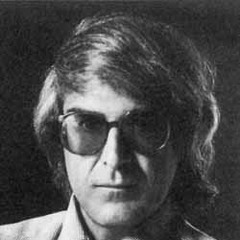 Like Christensen, Alexander Theroux is deeply in love with the world’s abundance. However, while  Christensen is in dead earnest, Theroux is joyous and playful.

Theroux’s three essays simply list, without much apparent structure, how blue, yellow, and red color our experience of the world. This passage, in the midst of his remarks on yellow, embodies Theroux effusive mood:

Marigolds, laburnums, jonquils, dandelions (“If it were possible to count on yellow / Dandelion would constitute discovery,” wrote Fairfield Porter), primroses, forsythia, sunflowers, allamanda with its trumpet flowers, and many orchids and hibiscus are all bursts of yellow. There is Hawaii’s vibrant Yellow Plumerias. Palo Verde in the desert. Clumbs of pale yellow and lavender wachendorfia in South Africa…

This paragraph and its yellow flowers run another twenty-four lines, parenthetically referencing Sylvia Plath on goldenrods, Robert Fortune’s 19th century theft of a prized yellow rose varietal from China which now bears his name, and Anne Stevenson’s poem “A Tricksy June.” Later, Theroux devotes paragraphs to (for instance) the salience of blue to philosophical speculation, the techniques by which one might mix various yellow pigments, and the theological significations of red.

Theroux glories in digressions on the language of color and hue. For instance, many ancient languages possessed no specific word denoting “blue,” which they understood as a shade of green or of black. “Pink” has somehow become its own distinct color and has birthed a brood of related pigments, all of which are, however, variants of “red.” He writes as well about vividly blue oil paints, created with cochineal. The expense of the dyes extracted from this Oaxacan scale insect made Renaissance paintings particularly pricey. (The cochineal trade was an engine of 18th century commerce; for more on that, see Tom Mounkhall’s World History Connected essay here).

At its heart, Primary Colors is a work built upon adjectives – which are, necessarily, subject to some difference of opinion. Christensen’s Alphabet is a work of nouns: a cicada either exists or it does not. While Theroux is richly descriptive, Christensen is declarative. Theroux happily entangles himself in contradictions and complexities. Christensen’s sightline may lengthen or contract, but the objects and lives she describes remain crisp and clear regardless of scale.

I can think of another difference. Theroux is celebratory and sybaritic. He is like a foodie describing all the flavor combinations he’s ever tasted, and this after he’s eaten a particularly satisfying meal. Christensen, in contrast, is somber. Though she writes at length, hers is the labor of an ascetic.